The demoness looked around the place that was once filled with laughing children and smiled at the the havoc her children had caused. It was now a desolate wasteland with broken bodies and soulless children. She patted her nightmare’s neck and gave one last proud glance at her offspring’s’ work as the mare reared and they disappeared back into the mists.

Crown – Remarkable Oblivion – Necromancer Crown (Resized down a bit and ribbon changed to a dark red.)

Location in 1st Pic – Ever Winter

TAG! Gatcha Sideshow How To Play

Akane craddled her kit and watched the daylight fade away.

I decided to do Strawberry Singh’s Double Threat Meme.

Two online screen names you’ve had: other than SL, LadyLilly on FFXI and Soenala on Rift/Landmark/Tera:Online

Two video games you’ve played: FFXI and Sims are probably the most notable, but I’ve dabbled in many mmorpgs.

Two things you love about Second Life: Creating different characters and their outfits, building and clothing making, because I suck at sewing in RL.

Two things you’ve done in Second Life: Owned multiple stores or been partners with friends and been a professional photographer.

Two things you still want to do in Second Life: Create good quality of mesh, tried a few times but not as good as I wanted. Also want to learn how to do animations, I know how to do poses so I think I’m part of the way there.

Two things you like about your Second Life avatar: Her inventory and ability to wear almost anything and look good, not to mention the tails and wings and horns, etc that can look natural on SL.

Two of your Second Life Pet Peeves: Random teleports and random men iming me telling me how hot my avatar is and generally being kinda creepy

Two things you did as a newb that you’re embarrassed of: Some of the photos my old clan took and made look so not as innocent as the situation really was…such as during bed shopping… you have to try the animations…and they totally took control of the bed and made us do those things! The other… LoL ok, my old SL brother would never let me live this down. When I was editing my skybox… because back then I was always taking things apart and editing them, I happened to see the physical button and clicked it to see what it would do. … It dropped pieces of my skybox 3000+ feet to the sim ground level where they bounced around for a bit. Looking back I get a big laugh out of it too but at the time all I knew was I clicked a button and half of my skybox disappeared so I imed my brother in a panic and when he saw what happened on the ground he died laughing. *Shrugs* I learned from it.

Two of your closest friends in Second Life: Eden and my SL mom Nev, don’t see either of them much but when I do its always a great time.

Two of the most beloved things in your inventory: Its more than two items, but stuff made by my old SL brother. Also a ring that an ex made me.

No mesh body – the fitmesh dress didn’t work with the body well.

Dress – Devious Mind – Sakura Shibari Dress in Rose Dragon (From a gacha at their store.)

Tails/Ears – Schadenfreude – Sakura Mori Kitsune Ears and Tails – This included 9 different single tail colors to match the baby kitsune colors, 2 three tail options, and a nine tail option and the ears. There is also a hud for the ears, three tails and nine tails so they can match the baby kitsune and you can change the flowers on the ears as well. (@ Xiasumi School Festival April 2015)

Poses – None, used my AO since holding the kit overrode it but didn’t override my poses. Secret Passion – Passion AO 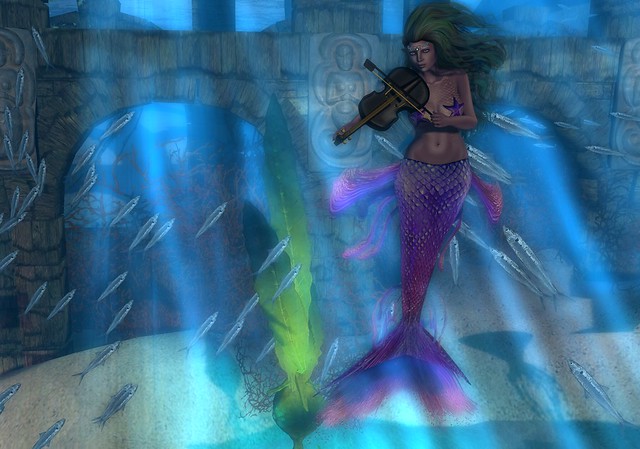 The next in my Elements series tribute to Lindsay Stirling. 🙂 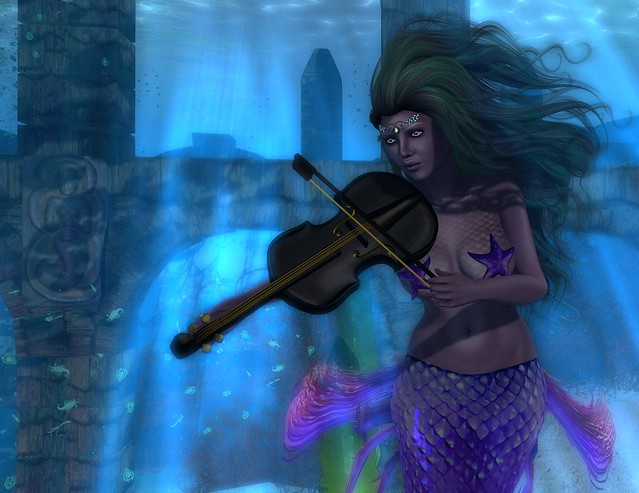 And a composite photo to show the coloring without windlights changing it. 🙂 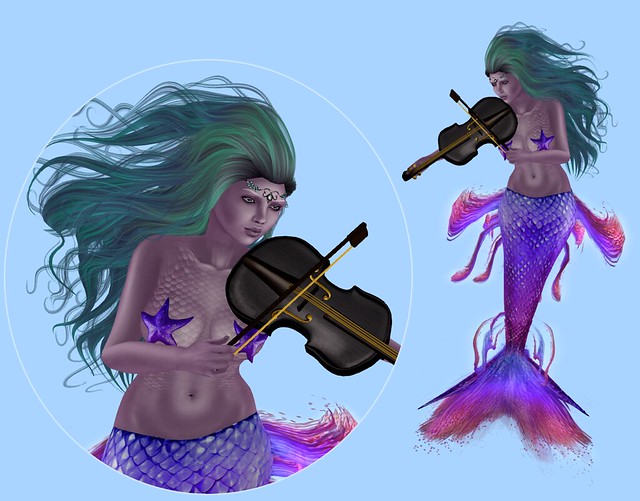 Hands – Slink Hands – one casual and one bag